An Educator’s Book Review: The Catalyst: How to Change Anyone’s Mind

Those of us involved in trying to change schools to become learner-centered know how difficult that change can be to implement. I am always on the lookout for books and podcast episodes that help me understand the change process. I just completed reading the book The Catalyst by Jonah Berger. I found it very helpful (and valuable) as I think about leading change in schools. I have included a summary of the book. I wanted to make the summary specific for school leaders. Let me know in the comments if the book summary is helpful.

Title of Book: The Catalyst: How To Change Anyone's Mind

What is unique: Reactance is the first consideration when you want to change someone's mind. Reactance is a psychological phenomenon that happens if people think their freedom is lost or threatened. Basically, telling someone not to do something makes them want to do that "something" more. People want to have a choice in their lives...or at least an illusion of choice. Even if what they choose is harmful to them, they are still happier because they had a choice!

What is helpful: To work around the phenomenon of reactance, you stop trying to persuade people and work to have people convince themselves.

You do this with four strategies:

What is interesting: When we are negotiating or arguing, we often spend a lot of fo time thinking about what we are going to say next...this is called "monitoring the conversation". This does not allow us to be active listeners and being present for the other person. To allow agency for the other person (i.e., they believe they have options in the conversation), you must not be thinking of counter-arguments and concentrate instead on allowing the person to explain themselves and their position.

Summary of chapter based on the highlights:

As we work at changing our schools, we are always going to be faced with reactance. It will come from staff, learners, parents, Board members, your cat or dog...seriously, it will come from everywhere. Remembering that everyone (especially in the good ol' US of A) wants to have at least the illusion of choice, we can follow these simple steps to provide that choice for people, which will prevent the "ant-persuasion" radar from engaging.

What is unique: Endowment is the second consideration when you want to change someone's mind. Basically, endowment has to do with the status quo. People are hesitant to move away from doing something they are already doing and are comfortable with. We are attached to the behavior or endowed with it.

What is helpful: To help people change, they have to see that the advantage of changing will be at least twice as good as the disadvantages of changing. The cost between the benefits of staying in the status quo and the risk of changing is called a "switching cost."

There are two ways to ease endowment.

What is interesting: Trying to convince someone to change by telling them how great their life will be if they make the change simply will not work. You must work to create a narrative of how their lives will be worse if they do not change. This is done by surfacing the cost of inaction.

When I was a guidance counselor, a veteran teacher was not happy with some of the changes I was making in his schedule (I made the master schedule for the high school). In his frustration, one day, he barged into my room and said, "In your zeal to do good, you'll ruin everything!" He was stuck in the status quo. he did not want to change. Interestingly, I burned the ships. I refused to call a course he taught "AP Biology" because he refused to have the kids take the AP test. I figured that since he was not allowing the learners to take the test, the class should not be called an "AP" class. So I took that option off the table. After much brow furrowing and hand wringing, he relented and encouraged the learners to take the AP exam.

What is unique: Distance is the third consideration when you want to change someone's mind.

There are three ways of doing this.

What is interesting: Trying to convince someone to change by giving them facts and figures simply does not work. In fact, it often just makes them more convinced they are correct in what they believe or in what they are doing. In other words, changing false beliefs does not work by exposure to truth. Ouch. Educators are trained to believe that presenting the "truth" in a formal, logical sequence will open people's minds, and they will "see the light." Perish the thought. That is not how it works out here in the real world!

Distance refers to moving the "field" so the person or organization that you are trying to change is closer to their zone of acceptance. I think this is interesting for us as school leaders. Let's say you want to make a change that will lead your school or school district to be radically learner-centered. You can't lead the change with "Tomorrow we are going radically learner-centered." You have to use nuance to discover where your people are on the field. More importantly, you must put in the work to understand what they believe and then work to get them closer to the zone of acceptance. This does not occur overnight or within a year. This is a multi-year process.

What is unique: I love the framework that is created in my head when the author talks about "the uncertainty tax." Overall, people are risk-averse. The uncertainty tax is what you pay as a change agent when introducing change to a person or an organization. Basically, the more change involves uncertainty, the less likely people will be willing to change. As a matter of fact, uncertainty makes people pause in their decision-making process...something that you cannot afford if you are changing school or school district.

What is helpful: Getting people (or organizations) to "unpause" is important. Here are some ways to do it.

What is interesting: The strategies laid out to confront uncertainty are tailor-made for businesses. However, you can use the same strategies in your change process in schools. Having a business or marketing mindset is not a bad thing for school leaders. Reflecting on these 6 strategies, and adapting them to your school environment, will help you accomplish the changes you seek.

Thinking about the uncertainty tax when you are contemplating change is something you need to do. Moving people away from the status quo is hard...it's hardwired in their psyche not to change. Taking small steps and making failure survivable with pilot programs will help you as you lead change in your school or school district.

What is unique: The idea of translation is interesting in this context. I will quote directly from page 183 of the book for the definition: "When someone hears a recommendation, they try to make sense of it. To sort out what the recommendation means. Does it say something about the thing being recommended, or does it say something about the recommender themselves..... [If someone recommends a TV show,]does that mean I'll like the show?" People are constantly translating what you are saying and trying to determine whether or not just because you like something within the context of your values and beliefs, does it mean I will like the same thing based on my values and beliefs?

What is helpful: When thinking about strategies to use corroborating evidence effectively, think of who, when, and how

What is interesting: Doing research and coming up with evidence of why people need to change is important...especially for those of us involved in trying to change schools. Collecting the evidence and sharing it with staff is not enough. We have to be purposeful about the who, when and how, the information is presented to people. Underlying this is the fact that you understand the person's "why." If they are entrenched in their beliefs, then a firehose strategy will be necessary and effective, especially if it comes from the right people.

Summary of The Chapter:

Being reflective and purposeful about the use of information (evidence) is necessary to make change in schools. There is a saying that everyone is an expert about schools because they attended one. Changing the minds of people that believe they are an expert takes more than just exposing them to evidence. Discovering their level of entrenched attitudes and using any o combination of all of the strategies in this book will help you lead change in your school. 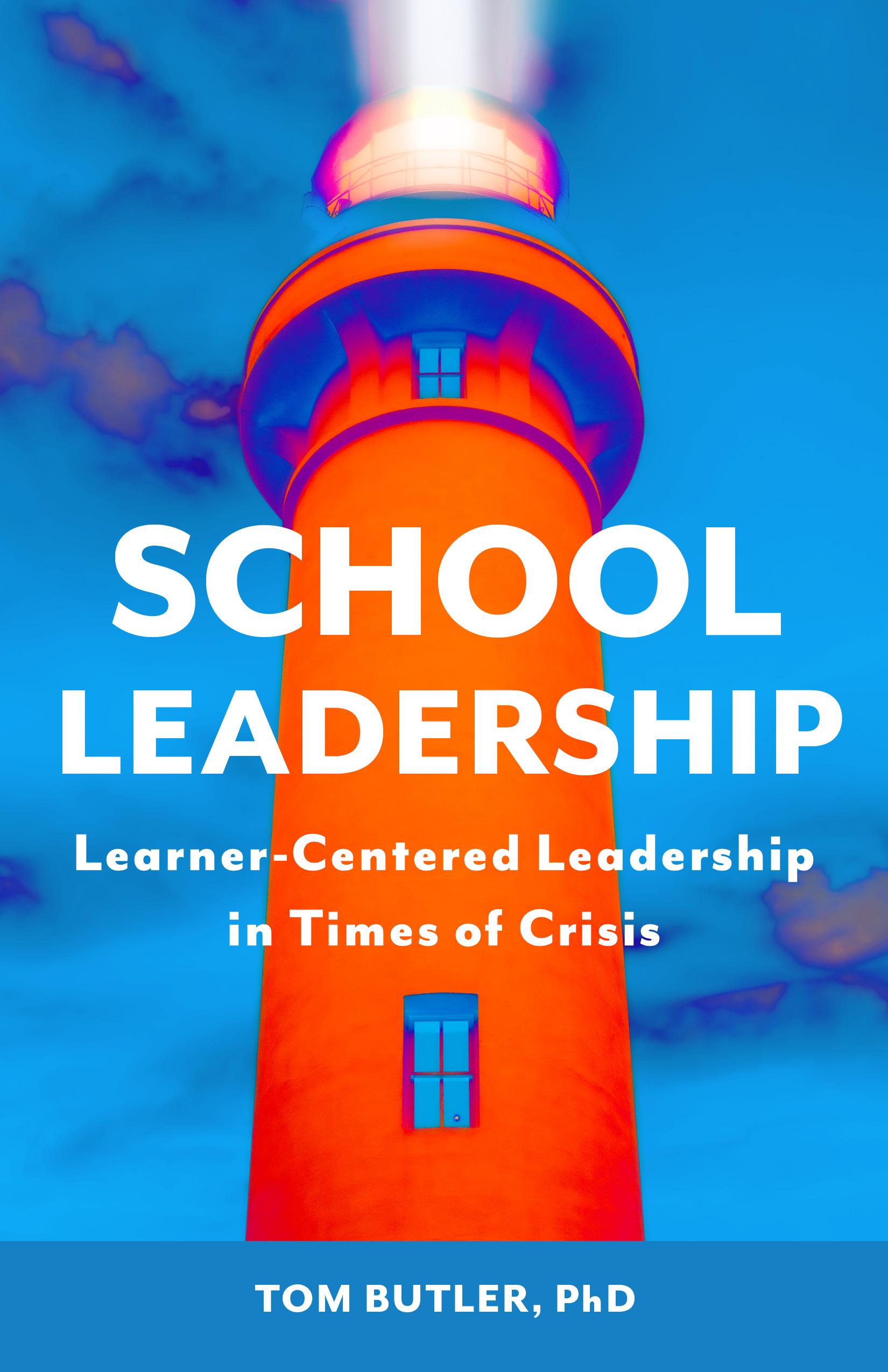 Get weekly, actionable strategies and knowledge from The Learner-Centered Leader Newsletter.

Please log in again. The login page will open in a new tab. After logging in you can close it and return to this page.